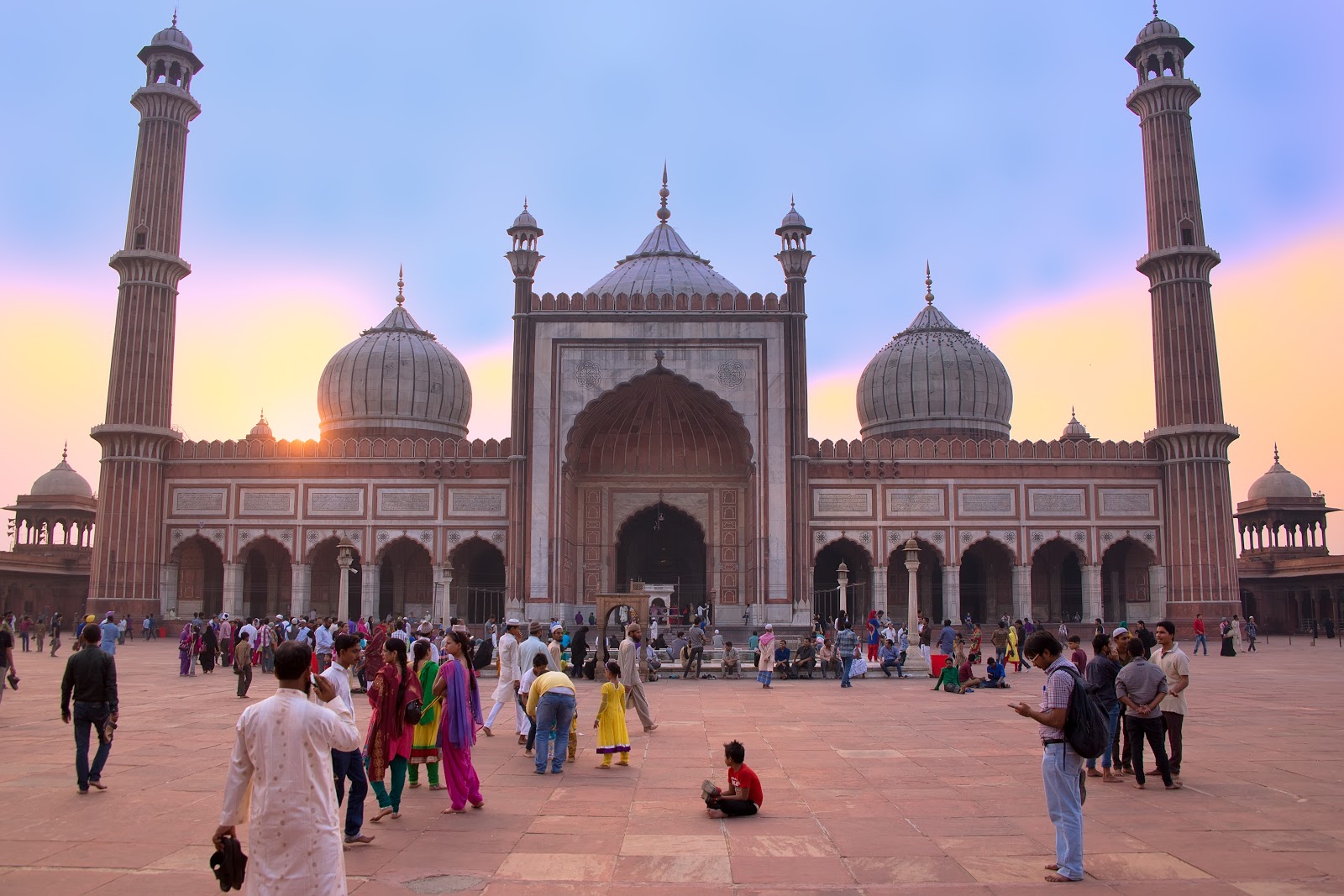 Home to over 10 million people, Delhi is the perfect place to get lost in a sea of colour, culture and culinary delights. With relics to the country's industry around every corner, this vibrant city is a great holiday for those looking for an exciting adventure that can’t be beat.

Delhi is a sprawling metropolis which draws people from all over the globe with its combination of well-preserved history and modern prosperity. The city is separated into two main parts. Old Delhi is a seventeenth-century city, once the capital for the Mughals, it is now one of the most bustling places in the world, home to a number of world-renowned wonders including historic mosques, colourful markets and the Red Fort, Delhi's most iconic monument.

The other half of the city is New Delhi, capital and seat of government of India. New Delhi was built by the British to house the Government of British India. The area has since grown exponentially to become an enormously popular city for locals and travellers, with an exciting mix of museums, historic artefacts and shopping opportunities. There was only so much time that the two segments could manage to hold in the city's rapidly growing population, until it burst forth. South Delhi is a huge part of Delhi and is feels like a separate entity in itself. All of these parts of an endlessly growing city provide countless opportunities for adventures and entertainment.

Though the hustle and bustle of the city might be overwhelming for some, those willing to immerse themselves fully in Delhi can expect to be carried on a tide of sensational food, culture and atmosphere. 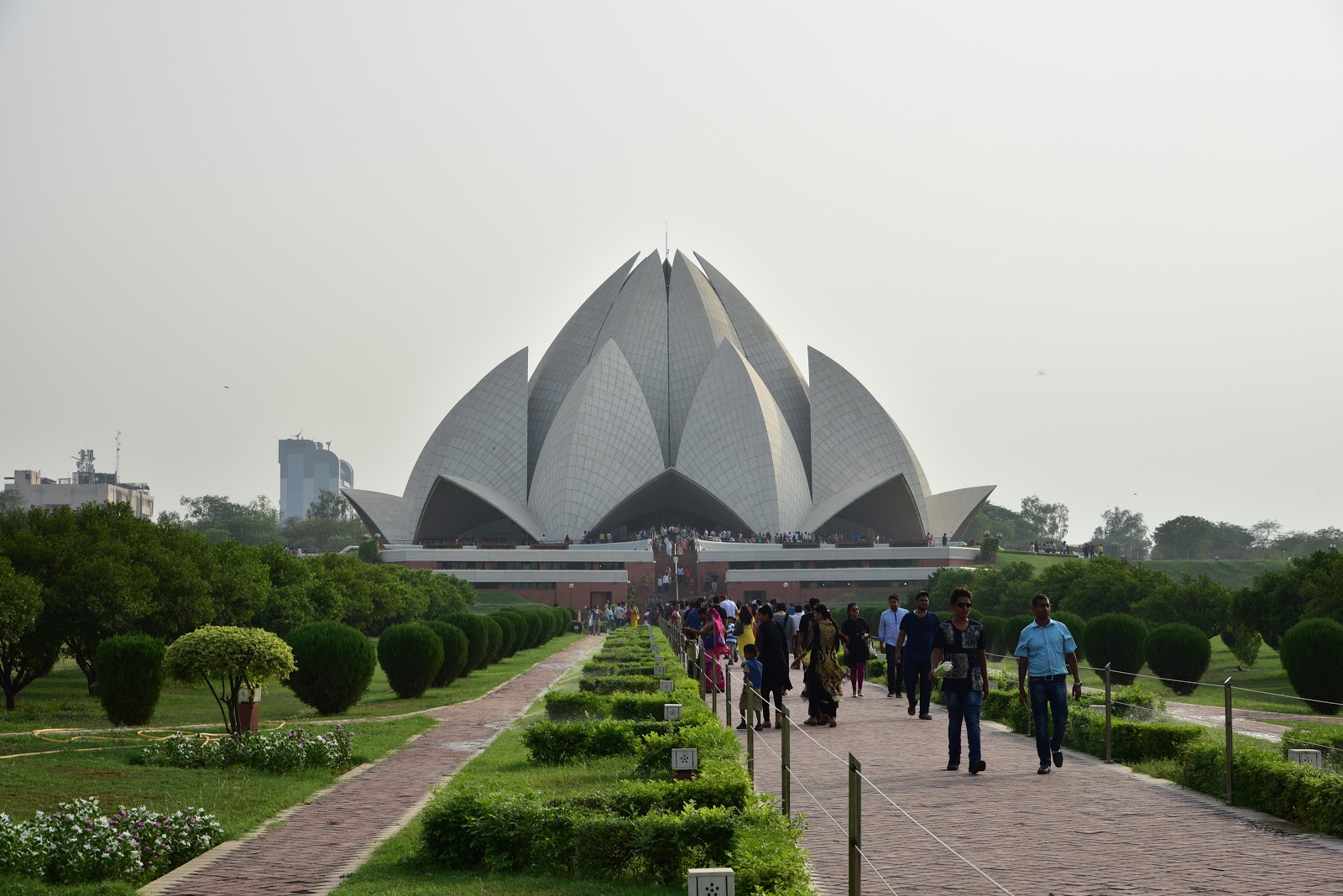 Many tourists choose to avoid the sweltering heat of the summer months and instead choose to travel to the city during the much more tolerable winter season. Between October and March, travellers can avoid the higher temperatures and can freely wander the city in a much more comfort.

Rainfall is also quite high between July and October so planning around this is also a good idea. Bookings for hotels are usually quietest in early December and busiest around March and during some of the biggest festivals. 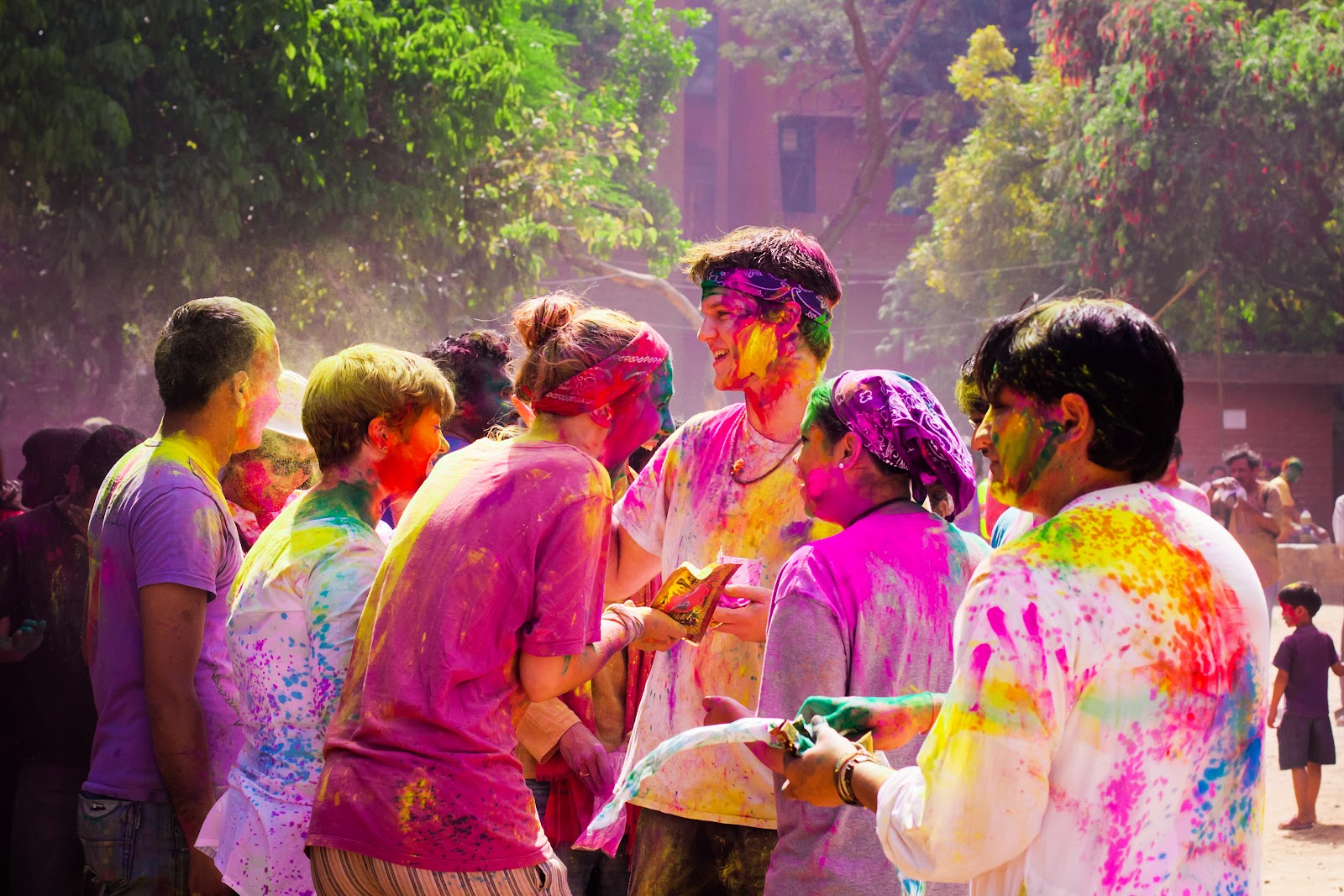 One of the best things about a city with as much tradition and culture as Delhi, from a tourism perspective, is the fascinating, lively festivals that take place throughout the year. When planning your stay, try to choose a day that corresponds to one of them and you will be able to fully immerse yourself in the fantastic culture of the city and feel like a local.

The celebrations in Delhi are one of the most wild and wonderful, but make sure you bring old clothes on the day. The already colourful surroundings become a veritable rainbow as people, run, chase and cover each other in coloured powder and water. Street vendors all over the city happily provide the ammunition for this vivid battle of colour. Locals can often be seen carrying water pistols filled with coloured water, so however you leave your hotel, prepare to return looking like an elaborate one-man carnival.

Bhang Lassi is a popular alcoholic drink at the festival that you may want to try for yourself, but be aware that the drink is very strong and care should be taken.

If you are planning a trip later in the year, you don’t need to worry about missing out. You can find a list of some of the largest festivals, such as Diwali and the Mango festival here. The festivals are often celebrated on different days each year and can draw huge crowds, so make sure you do your research and book early. 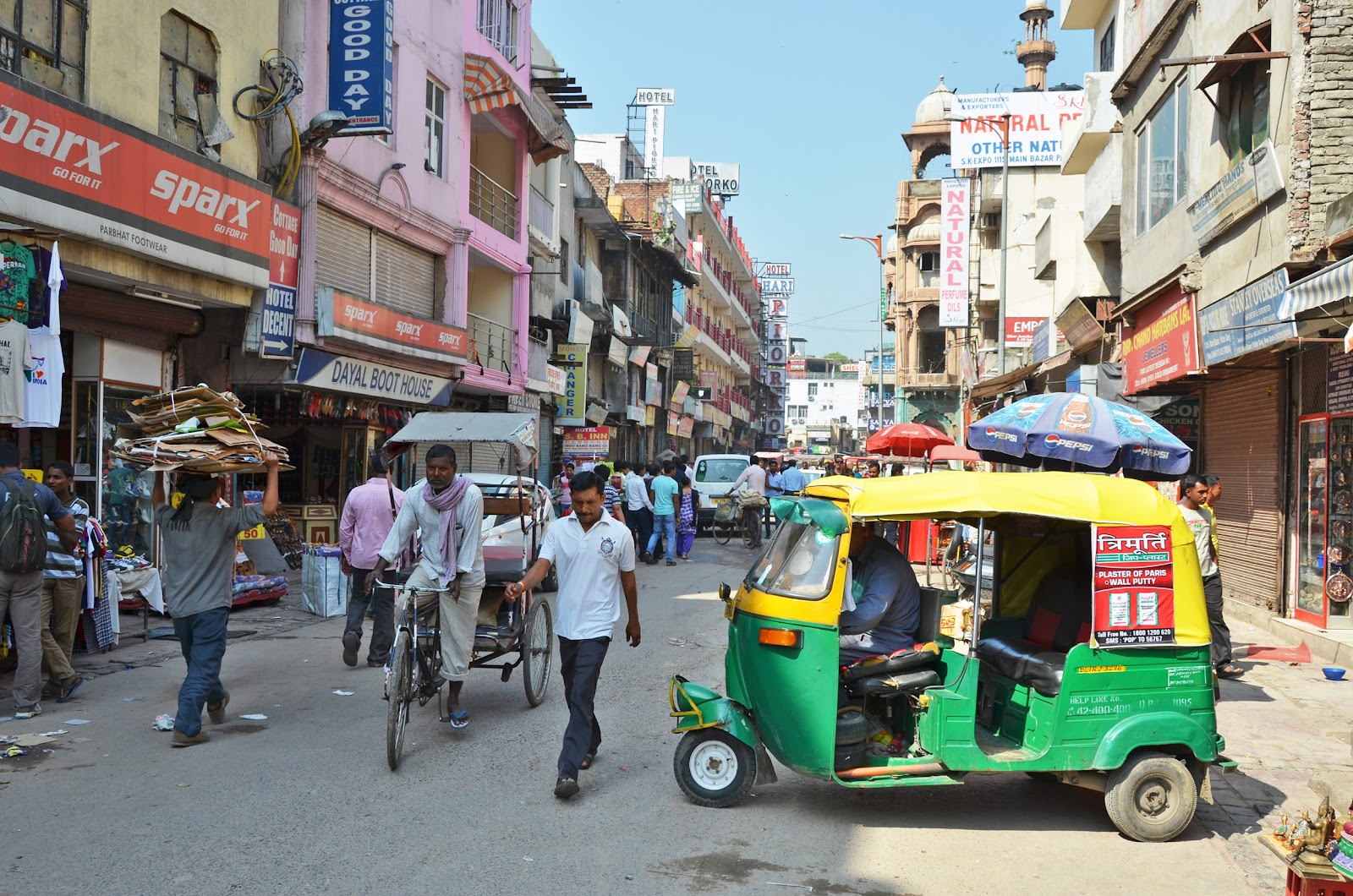 Despite the amount of places to stay in Delhi, quality can vary dramatically. For those who really aren't fussy about where they spend the night there are plenty of options, but for those who are on the lookout for more luxury, and more up to date facilities, it can take a bit more planning.

Paharganj is just a small walk from the central New Delish Railroad station, and offers a large range of affordable guesthouses. This makes it a great option for backpackers. There are also a number of hotels such as the Hotel Hari Piorko, which offer very comfortable rooms for as little as £15 a night.

Delhi is also a hub of business activity, so you can find extremely high-quality hotels in the area if you are willing to spend extra. The Leela Palace is one such example. Situated in New Delhi, the extravagant hotel is incredibly well situated and allows guests a remarkable view of Delhi from a heated infinity pool on the hotel’s roof.

South Delhi is a great place to stay for those who want luxury and affordable hotels that are still very close to some of the main Delhi attractions. Amarya Villa is one such example. The guest house is extremely quirky and well situated. It has nine charming rooms in its scenic auspicious property, each of which is themed around one of India’s nine gemstones. Whether you are looking for standard accommodation, extreme luxury or something a little different, there is plenty on offer in Delhi. 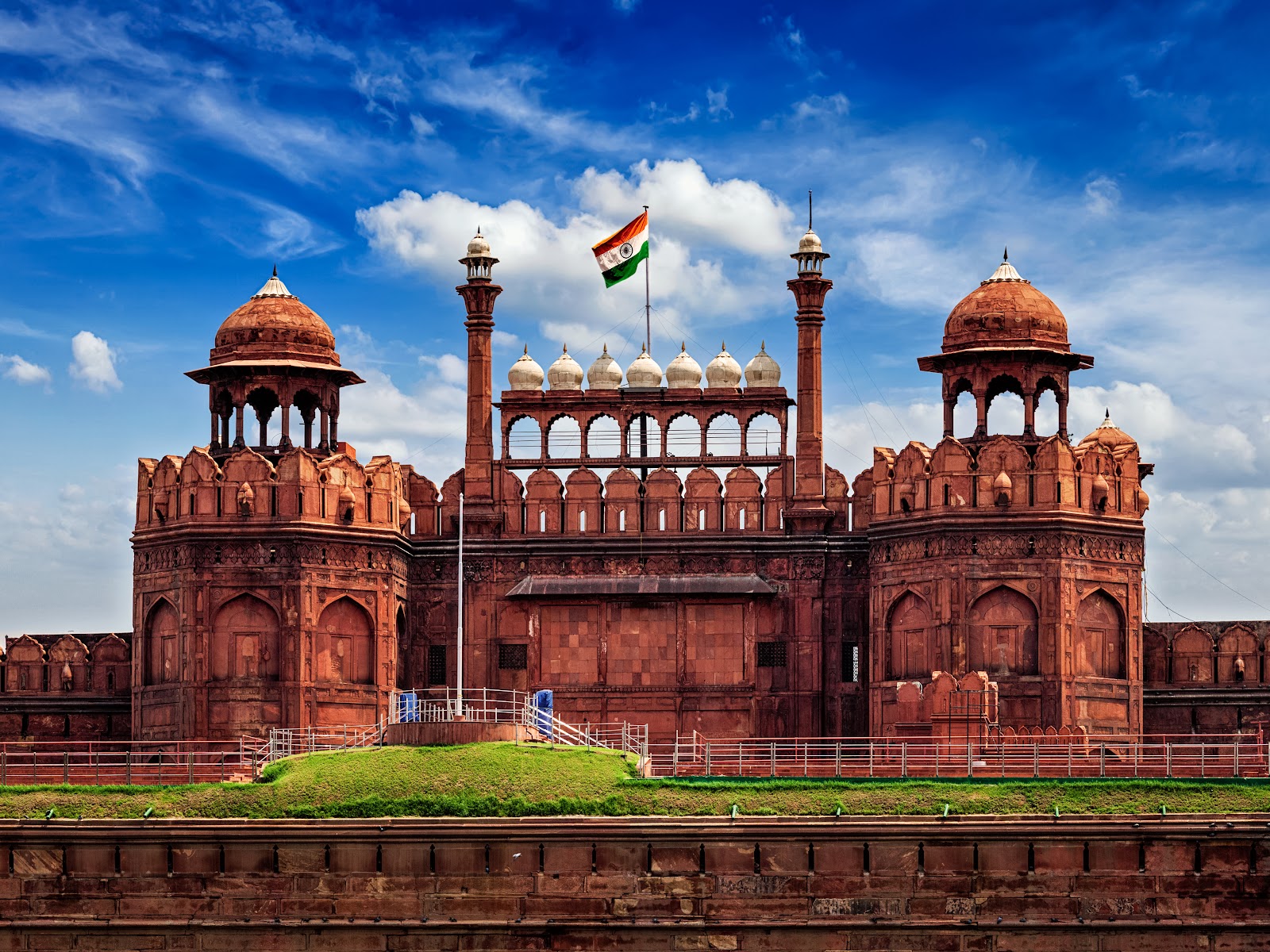 Not to be missed

The residence of the Mughal emperor for almost 200 years, the Red Fort is an essential day out for anyone looking to bask in the city's rich history. The fort stands as a towering monument to the once infamous empire, and houses dozens of well-preserved relics dating back to those tumultuous times. Inside the fort are plenty of museums to explore, and on every evening, except Monday, the fort is the lit up with a sound and light show, depicting the forts colourful history.

2. Take a stroll through the Lodi Gardens

For some, being surrounded by the bustle of Delhi’s everyday operation is part of the appeal, but taking a walk through the beautiful Lodi gardens can be just the antidote you need to break up the busy bits of your holiday. The park is over 90 acres and is filled with beautiful flower beds, walled gardens and punctuated by architectural marvels dating all the way back to the 15th century.

3. Get a local bargain in the Delhi Haat market
This huge market in Delhi is a great way to spend some money and buy delicious food, handmade products and fantastic mementoes of your trip. The market is busy and bustling and has a great atmosphere, and is well worth your time.

There are few buildings as notable or distinctive in Delhi as the Lotus Temple. The temple is a Bahá'í House of Worship and is designed to look like the lotus flower. The building was completed in 1986 and is open to all, regardless of religion.

5. Walk the picturesque grounds of Humayun’s Tomb
Delhi is filled with famous architectural and historical buildings. Humayun’s Tomb is yet another example of how important these buildings are to the Indian culture, perfectly preserved in Delhi. The tomb was made to commemorate the Mughal Emperor Humayun and was designed by Persian architect, Mirak Mirza Ghiyas.

Getting there: Flights to Delhi take around 8h 30m from London, or between 11-13h with a connecting flight.

Visa requirements: British citizens must apply for a visa before travelling to India. You can find out how to apply for them here.

Back to 'destination guides' categories